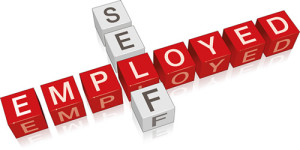 Tuesday, 2 May 2017: Three quarters of self-employed people would favour a new PRSI option where they could choose to pay a higher rate of social insurance and get one or more benefits in return, according to a survey conducted for the Department of Social Protection and to be published by Minister Leo Varadkar.

The Survey of the Self-Employed found that 74% of self-employed respondents would be interested in a system of voluntary extra contributions to access more benefits. It also found that 88% of self-employed would pay a higher headline rate of PRSI in return for a specific extra benefit. Their top choices for extra benefits would be cover for long-term illness, short-term illness, or unemployment.

Just last month self-employed people became eligible for the optical and dental Treatment Benefit scheme for the first time ever. More benefits will follow later this year including the restoration of scale and polish treatment under the dental scheme, and the option of a free spectacles or a contribution towards a more expensive pair under the optical scheme. From now on, the restoration of benefits such as these will be available to both employees and the self-employed.

Minister Varadkar said: “As someone who believes passionately that self-employed people deserve to be supported by Government and treated equally in terms of tax and social insurance, this survey helped me to formulate measures in Budget 2017, and has given me key insights for future measures.

“We are already tackling one of the top demands for illness cover by giving self-employed people access to the Invalidity Pension later this year, without a means test. For the first time they will have access to the safety-net of State income supports if they become permanently unable to work through illness or disability. There will be no increase in PRSI for this.

“The results of this survey will guide new policy developments in the short term, including Budget 2018, and the longer term.”

The survey was conducted on a confidential basis in line with the Irish Statistics System Code of Practice. Over 20,000 surveys were issued to self-employed people in August 2016 and nearly 3,200 responses were received.

Following on from this survey, work has started on an Actuarial Review of the Social Insurance Fund by external independent consultants, which will consider the cost of extending individual benefits to Class S (self-employed) contributors.

When completed, Minister Varadkar will hold a broader public consultation on the future role of the Social Insurance Fund, including the level of benefits, the scope of social insurance cover for all categories of workers including the self-employed, as well as how benefits generally should be financed.

Survey of the Self-employed

The main findings of the survey are:
i. Respondents rated cover for long-term illness, short-term illness and unemployment as the most important extra benefits to them. 82% ranked long-term illness in their top three of preferred additional benefits.
ii. The current headline rate of PRSI for self-employed people is 4%. An overwhelming majority of respondents – 88% – said they would be willing to pay a higher headline rate of PRSI in return for at least one additional social insurance benefit.
iii. A smaller majority – 74% – would welcome an option to keep paying the current headline PRSI rate but also pay additional voluntary contributions in return for extra benefit coverage.
iv. Respondents reported low levels of coverage from private insurance, such as income continuance cover. Just 28% are covered for long-term illness and only 2% for unemployment.
v. Respondents were dissatisfied with the range of social insurance benefits available to them. Over 80% of respondents rated their range of benefits as ‘poor’ or ‘very poor’ (this pre-dates the recent changes arising from Budget 2017).
vi. Respondents do not believe that the contributions that they make represent good value for money. Again, over 80% rated the value for money as ‘poor’ or ‘very poor’ (this pre-dates the recent changes arising from Budget 2017).

The people surveyed were a representative random sample of all those people who depended on Class S PRSI for their social insurance contributions in 2014. These include sole traders, partners and company directors in all economic sectors, such as: farmers, construction workers, and self-employed professionals.
A copy of the Report is  on the Department’s website at: http://www.welfare.ie/en/Pages/Third-Report-Extending-Social-Insurance-Coverage-for-the-Self-Employed.aspx
Self-employed PRSI Measures in Budget 2017
The extension of benefits already provided for in Budget 2107 include:
• From March 2017, the self-employed gained access to the Treatment Benefit scheme which includes free eye and dental exams, and contributions towards the cost of hearings aids. Treatment benefit entitlements will also be extended from October 2017 so as to provide further dental and optical benefits (these improvements will benefit both the self-employed and employees).
• Self-employed contributors will be eligible for the Invalidity Pension from December 2017. For the first time, this will give the self-employed access to the safety-net of State income supports if they become permanently incapable of work as a result of an illness or disability without having to go through a means test.
Actuarial Review of the Social Insurance Fund
The Minister is legally required to undertake an Actuarial Review of the Social Insurance Fund every 5 years. The fourth Actuarial Review is currently being undertaken by external consultants, following a public tender process.
The Review will project the income and expenditure of the Fund over a 55 year period, taking into account policy, economic and demographic changes since the previous review was undertaken. In providing an assessment of the financial “health” of the SIF, the findings of the Review will contribute to the development of policy for social insurance benefits generally.
The Actuarial Review of the Social Insurance Fund is expected to be published by August 2017. In addition to examining options relating to State pensions, one of the issues to be examined by the independent consultants undertaking the Review, is the projected PRSI contribution rates required to extend individual benefits to Class S (self-employed) contributors.