Welfare Cheats Cheat Us All 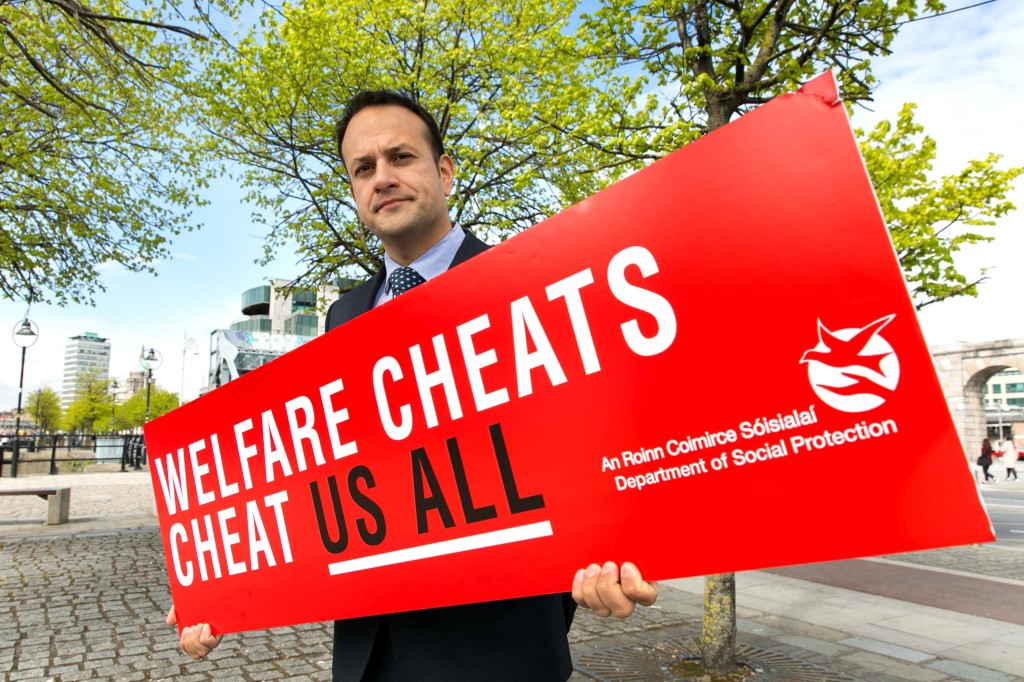 Minister for Social Protection Leo Varadkar has launched a hard-hitting publicity campaign designed to raise awareness of social welfare fraud and encourage members of the public to identify potential cheats.

Speaking at the launch, Minister Varadkar said: “The vast majority of people receiving payments from the Department of Social Protection are fully entitled to those payments and are compliant with the conditions. However, we take fraud very seriously and have a responsibility to taxpayers to ensure that people receive what they are entitled to. Nothing upsets people more than someone else cheating the system at their expense. That’s why we are launching a new campaign to encourage members of the public to report suspected or known cases of welfare fraud.

“Members of the public play a vital role as whistleblowers. Last year some 20,800 allegations of alleged social welfare fraud were dealt with by the Department. These are investigated and where warranted, payments are reduced or stopped and, in some cases, claimants are prosecuted. Overall, a range of anti-fraud and control measures in the Department of Social Protection saved taxpayers over €500 million last year.” 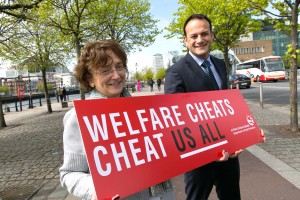 The hard-hitting publicity campaign promotes the Department’s online and telephone fraud-reporting services. It’s designed to encourage debate about social welfare fraud and challenge the perceptions of those who see it as a victimless crime. It kicks off in the next few days with online, print, and broadcast advertisements and a national poster campaign.

The majority of public reports in 2016 concerned Jobseekers Schemes, Supplementary Welfare Allowance and One Parent Family Payments. The most common reports allege issues such as working while claiming, cohabiting with a partner who is making a financial contribution, or claiming while living abroad. The Department estimates that approximately one in three reports results in a payment being reduced or stopped. 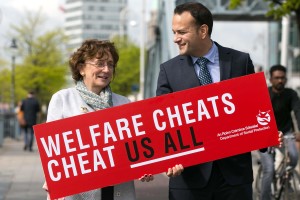 Minister Varadkar continued: “The Department of Social Protection has the single biggest budget of any Government Department, spending €19 billion every year. Last year, 1.4 million people received a weekly social welfare payment. Even with a budget of this size, there are still many positive changes I would like to make but have been unable to do so due to budgetary constraints. That’s why savings are so important. And that’s why the public has a vital role in ensuring that we only target resources at those who most need them.”

Confidential reports can be made using: 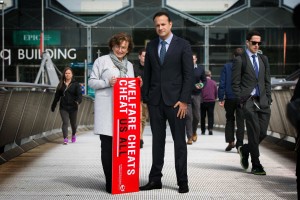 What are the main schemes/areas that are reported on?

What are the main allegations that are reported?:

Working & claiming: Where a person claims a payment, such as Jobseeker’s Benefit/Allowance or an Illness payment, but takes up employment and does not notify the Department.
Cohabitation: People may be living as a “family unit” and fail to notify the Department of the situation in order to qualify for higher rates of payments, or payments to which they may not be entitled.
Living abroad: Where a person claims a social welfare payment, and is not resident in this jurisdiction, without notifying the Department but continues to claim the payment.
Employer Issues: Social insurance and employer non-compliance: where employers fail to maintain appropriate employment/wage records and where non-compliance or non-remittance of Pay Related Social Insurance occurs.
Non-disclosure of means: Where a person claims a means tested payment, for example Jobseeker’s Allowance, but they do not fully disclose their means or sources of income to the Department. These sources of income might include cash earnings, inheritances, hidden savings, investments, maintenance, or compensation payments.
Multiple claiming or personation: Where a person makes a claim for more than one social welfare payment or by assuming and falsely using the identity and PPSN of another person which would include claiming benefit for a person who is deceased or claiming for a person who is in prison or has emigrated.
Life events: Where a person continues to claim a payment to which they are no longer entitled to such as a lone parent who marries, enters into a civil partnership or is cohabiting, or someone who continues to claim Carer’s Allowance claim where caring duties have ceased, or where a pensioner dies and no notification of death has been made and the pension continues to be collected.