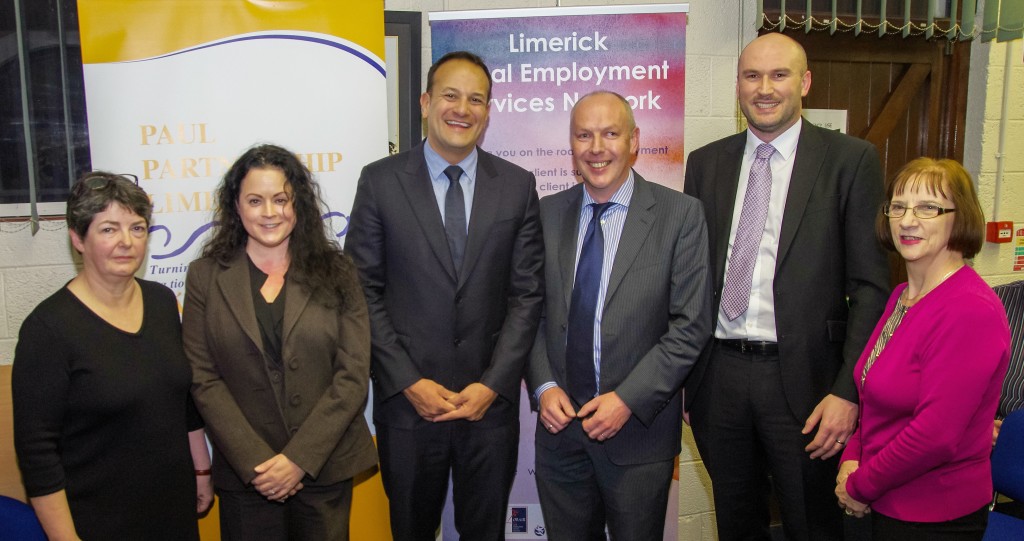 Visiting the Paul Partnership in Limerick

• Minister affirms his commitment to community employment schemes by widening the range of people who can take part
• Govt secures social benefits of schemes like CE, Tús & Rural Social Scheme

Minister for Social Protection Leo Varadkar has put in place new measures to protect the future of employment schemes which have seen numbers drop in recent years as increasing numbers of people go back to work.

Minister Varadkar was speaking as the Department of Social Protection published an Analysis of the Community Employment Programme which was recently approved by Government and which looked at ways to improve the way the schemes are operating for participants and communities. There will be a strong focus on social inclusion in the future alongside the traditional purpose of helping people into the workforce.

Minister Varadkar today affirmed his commitment to community employment schemes by widening the range of people who can take part – including reducing the entry age to 21 – giving a second opportunity to people who have already taken part, and securing the number of places at existing levels for the year ahead. The number of scheme places increased by nearly 50pc during the recession but it is becoming more difficult to fill places due to the dramatic fall in long-term unemployment, which is now below 4%.

“I have seen at first-hand how these programmes deliver both for unemployed people and for their communities. They support key services across Ireland including childcare, health and social care, sports clubs and community centres, and local amenities. That’s why we are making the schemes more flexible and putting in place new conditions which will open them to more people who are long-term unemployed, so that they continue delivering for participants and for their local area,” Minister Varadkar said.

“It’s important that we make these reforms as the number of participants rose from 25,000 in 2010 to 36,000 in 2015, but dropped back to just over 32,000 in recent times and is likely to continue falling as the live register falls. The new qualifying criteria will ensure a greater number of long-term unemployed people are available to take up the places, gain valuable skills and experience, and support community services.” 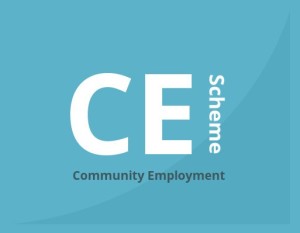 The changes include:
• The general qualifying age for CE places will be reduced from 25 to 21 years;
• CE participants, working towards a major award, can seek to extend participation by up to two years;
• Those over 55 years of age will be allowed to remain on CE for three years;
• It will be easier for previous participants to re-enter a scheme or get an extra year as the cut-off year is being moved forward from 2000 to 2007;
• The community and social benefits arising from many schemes will be safeguarded thanks to a new two strand approach, with places on schemes categorised as either social inclusion or activation;
• A guaranteed minimum number of places will be available by linking the places to the number of people on the Live Register;
• Within the next three months, Minister Varadkar will also review the possibility of allowing more older people to stay on schemes for longer.

The Analysis of the Community Employment Programme was conducted by the Department and looks at Community Employment, Tús, Gateway and the Rural Social Scheme. These schemes are delivered by local sponsoring groups, local development companies and local authorities. Various community services and activities are directly and indirectly supported by participants.

The CE Programme has been running since 1994 and the RSS commenced in 2004. Tús and Gateway were introduced in 2011 and 2013 respectively and numbers generally across the schemes expanded in recent years as a direct response to the growth in the level of unemployment during the financial crisis. At the end of December 2016, there were approximately 32,900 participants on the four schemes.

Work schemes offer opportunities for the long term unemployed to gain valuable work experience and participate in training while they are paid an equivalent to their social welfare entitlement in addition to a top up payment. Participants work for 19½ hours per week. Work opportunities are within communities and, in the main, provide valuable community services in areas of disadvantage.

Department officials will be consulting with scheme sponsors and other stakeholders over the coming weeks in preparation for the new arrangements.