Over 1.3 million people to get Budget 2017 increase in pension & welfare payments from this week – Varadkar 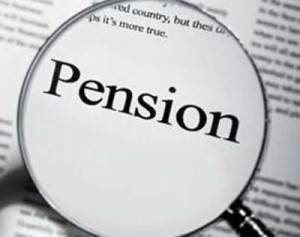 Minister for Social Protection Leo Varadkar has confirmed that the new rate of pensions and weekly social welfare increases announced in Budget 2017 will start to come into effect from this week onwards, with all higher payments in place by St Patrick’s Day.

The maximum personal rate of pension will increase by €5 per week for 578,000 pensioners aged 66 and over from this week.

There will also be a €5 increase for 744,000 weekly welfare recipients including carers, blind people, widows, people with disabilities, lone parents, jobseekers, maternity and paternity benefit, Farm Assist recipients, and Community Employment participants. There will also be proportional increases for qualified adults and those on reduced rates of payment.

This is all part of the €301 million Budget 2017 welfare package which brought the total welfare spend by the Department of Social Protection in 2017 to €19.854 billion.

Minister Varadkar said: “When we devised the welfare package for Budget 2017 I was determined that there should be an increase for everyone who was getting a weekly welfare payment including people with disabilities, carers, unemployed, widows, and lone parents, as well as pensioners. For many of these groups it represents the first increase since 2009. I appreciate that the increase is modest but it is a permanent increase and certainly a step in the right direction.”