My plans to reform PRSI 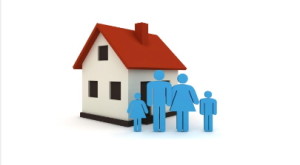 It’s widely agreed that Ireland’s low corporate profit tax rate has attracted jobs and investment to Ireland while helping Irish-owned companies to thrive and expand. We get a higher yield in revenue than other countries with a higher tax rate. It’s not just the low tax rate. It’s also the certainty, stability and predictability arising from the fact that it has remained at the same rate for decades, the simplicity of having only two rates with few exceptions. The policy is so successful that all major political parties support it and other countries and jurisdictions are following our lead, not least Northern Ireland where it’s one of the few things all the parties agree on.

Personal taxation is very different. There are three charges: income tax, USC, and PRSI, three different sets of thresholds and entry points, seven bands and eight rates. There are any number of exceptions and incentives that enable avoidance.

The high marginal rate in particular is a real problem. The Government should never take more than 50% of any Euro you earn. If economic policy in the past was centred on competition for foreign direct investment, I believe the future will be as much about competition for talent. High tax rates make it harder to attract skilled, qualified and talented people home from London and from other countries, and it is one of the push factors that causes our homegrown doctors, IT professionals and others to take opportunities elsewhere. With Brexit, it’s more important than ever that we bring these tax rates down and into line with our competitors.

We also start paying the highest rate far too early. Middle-earning public servants getting pay restoration in April will lose at least half of it – and possibly more than half – in taxes. The same applies when you get promoted or work overtime.  It’s a big disincentive.  In other countries, the highest tax rates only apply to the highest earners. The extra 3% USC paid by self-employed people is also unfair. Ok, it only applies to high earners but why should someone who is self-employed ever have to pay a higher tax rate than someone in regular employment who has more protections,  security and pension rights than they do?

The USC is a particularly unpopular tax. It’s associated with the financial crisis and you get nothing for it. It’s Fine Gael policy to abolish it. It is very different to PRSI for which you get clearly defined benefits like a contributory pension, sick pay, maternity and jobseekers benefit etc without any means test. Perhaps it would make more sense to simplify the system and replace the USC and PRSI with a new PRSI-style charge: Social Insurance. This could in turn be linked to wider and better benefits. People will be assured that the social insurance is ring-fenced to fund better services for them and their families and does not just go into the big pot or black hole like the USC.

I have started the ball rolling already with paternity benefit last year, new benefits for the self-employed, and better dental and optical benefits for everyone from the autumn. We could go further in years to come by restoring the linkage between earnings and benefits and extending treatment benefit to give people more refunds for medical expenses, for example, something well suited to our system and culture. It would also underline the contributory principle according to which everyone who can pay, should pay something into the system, knowing that they will get something out of it when they need it.

It might seem odd to propose that people should pay less tax but more social insurance, but it actually makes sense and it’s very much in line with other European societies where the social insurance you pay is directly linked to better access to services for you and your family. Too often, we have allowed Irish society to be divided into one group of people who pay for everything but get little in return due to means-tests, and another group who believe they should be entitled to everything for free and that someone else should pay for it. A divided society weakens all of us and it’s not the kind of society I want, or that any of us should want.

Reform of tax and social insurance will help to attract and retain talented people, and incentivise people to work harder as they would keep more of what they earned. In this way we can ensure that our economy continues to grow, people have more take home pay and the Government gets more revenue from a growing economy. This additional revenue can then be invested in enhanced services such as education, health and elder care.

The so-called choice between tax cuts and increased investment in services is a false one. Tax cuts and social insurance reform done in a prudent manner assists economic growth, and ring-fences the additional funds for services.

Of course, this can only be done in the context of a growing economy that gives us the capacity and buoyancy to reduce the burden of taxation. So we need to remain competitive and business-friendly to assure future growth. It is also essential that we continue to be prudent and careful on the management of the public finances so that there is room for tax reform.

This is not just about reforming our tax system.  It’s about creating the conditions to ensure our future economy is built on lines that unite rather than divide our society.