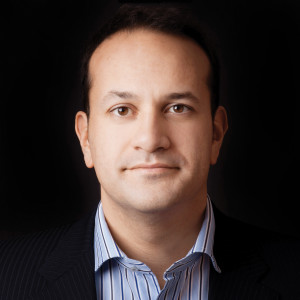 Here’s an article I wrote which was published in the Sunday Independent on Sunday February 12th. You can also read it online here:

Stephen Donnelly is an intelligent and articulate politician. He clearly wants to be in government to get things done. Were it not for the ‘partnership that didn’t work’ with the Social Democrats, he might be in Government already.

So, his decision to join Fianna Fáil is all the more significant, as he calculates his new party will lead the next Government in the not-too-distant future.

Fine Gael, if we continue to govern competently, will lead the next Government. The 2011 election was not our high water mark. We have it in our power to articulate an inspiring vision for the future that will appeal to young and old and we will do so.

However, I believe we should question the premise on which Stephen joined Fianna Fáil. Writing in the Sunday Independent last week, he explained why he believed Ireland would be better served by Fianna Fáil. He wrote about its return to left of centre, social democratic roots, while glossing over the inevitable outcomes of more taxes, uncontrolled spending, and more government intervention.

While acknowledging real progress in reducing unemployment, debt and the deficit, he opined that ‘we should be enjoying a gradual return to a stable and shared prosperity’.  In fact, we already are. The CSO’s Survey on Income and Living Conditions published last week is proof positive. It shows that in 2015, incomes rose by 6.2% mainly due to rising employment, the deprivation rate fell, 13,000 children were lifted out of poverty, and Ireland was more equal in terms of income distribution than at any time this decade.

Early indications show these trends continued into 2016 and will be further strengthened by the pension and social welfare increases from Budget 2017 in March. Of course, very many people have yet to feel this, and many won’t until living standards are back to what they were before for the crisis. Fine Gael learned this the hard way from the disappointing result at the ballot box in 2016. The task now is to ensure that this recovery is felt by every individual, every household and every part of the country.

I do not believe that a return to social democracy, higher taxes, more government and more spending will achieve this. Indeed, I believe that the traditional divide of social democrat on the left, and conservatives on the right, is largely meaningless in 2017.

Around the world we are witnessing a new choice between those who want to go back to the ideologies of the past like nationalism, protectionism, equality of outcome and greater State control, and those who advocate the ideology of the future: liberalism, globalism, equality of opportunity, enterprise and greater personal liberty and responsibility.

Fine Gael a party of this future. We are committed to reducing taxes on income because we believe people know best how to spend their own money, and deserve to be rewarded for work. Reducing income taxes isn’t the Government giving you more, it’s the Government allowing you to keep more of your own money.

We are strong believers in the contributory principle. We don’t want a society divided into those who pay for everything and get nothing in return because they fall on the wrong side of a means-test, and those who believe they should be entitled to everything for free, paid for by someone else. We believe everyone should pay into the system and everyone should benefit.

That’s why I have resisted any attempt to diminish or means-test free travel for pensioners, and it’s why I am extending the benefits you get in return for PRSI, like paternity benefit and dental and optical treatment benefits. It’s also why we believe that anyone who uses water should pay for what they use above an agreed allowance.

It’s why we support enterprise and self-employment. Jobs and wealth aren‘t created by Governments. Rather good governments create the environment in which entrepreneurs and businesses create jobs. Bad governments strangle them.

It’s why we are the party of law and order, because ensuring the security of citizens is a basic function of the State.  While crime has its causes, we never make excuses.

We are committed to Europe and globalism because we believe – and always have – that a world with fewer borders and barriers to the movement of people and trade, managed migration and multilateral co-operation makes us better off now and in the long term.

And we believe in personal liberty. People should be free to order their lives with the State only using its laws to protect others from harm.  The greatest manifestation of this was the marriage equality legislation of 2015.

Fine Gael is for the Ireland that gets up early, the taxpayer, citizens who obey the law and are ambitious for themselves, their children and their communities. We represent people who don’t expect the Government to do everything for them, but who do expect the Government to help them or get out of the way. And we represent those who contributed to the development of our society and now need support from the State, perhaps due to old age or illness. The State has a duty to safeguard their hard-earned rights and entitlements. Welfare should be a second chance, not a way of life, because anyone, at any time, can fall on hard times.

These are the values in our party constitution. They are emblazoned on the wall of the Leinster House room in which our TDs, Senators and MEPs meet every week.

As our country moves on from the recovery after the crisis, and into the next phase of our national development, Fianna Fáil is returning to its old tax and spend ways.

I believe Fine Gael should also be guided by our root values: equality of opportunity, enterprise, reward, security, globalism and personal liberty. These values will lead Ireland to the next phase of our development as a nation.