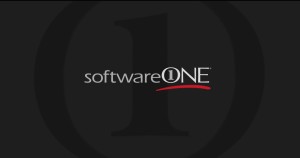 Dublin West TD and Minister for Social Protection Leo Varadkar has welcomed the second jobs announcement for Dublin West in the space of a week with the news that SoftwareONE is creating 100 new jobs and opening an office in Blanchardstown.

“This is more evidence that Dublin West is a prime location both for major multinational as well as expanding local firms. It’s fantastic to see an expanding company like SoftwareONE putting such a significant investment in Irish jobs and in its Irish operations. It’s also proof that the Government strategy for job-creation continues to work. The number of people at work is back up to two million and unemployment continues to fall. This investment means more jobs and more quality jobs in our community.”

Established in 1985 and globally headquartered in Switzerland, SoftwareONE has over 30 years’ experience in software licensing with a local presence in over 80 countries. The organisation has over 25,000 clients and 3,000 employees across the globe. SoftwareONE first entered Ireland in 2011, opening an office in Mahon, Co. Cork, and is now expanding its Irish footprint with the opening of a new office in Blanchardstown, where the majority of the new positions will be based.