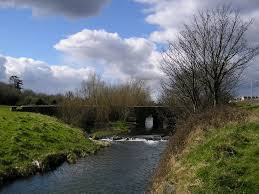 Dublin West TD and Minister for Social Protection Leo Varadkar has welcomed plans for a new project on the River Tolka to control flooding in the Mulhuddart area, but is seeking assurance that Tolka Valley Park will be fully re-instated.

“I am seeking an assurance that access to the Tolka Valley Park will be maintained during the works and that it will be fully reinstated,” Minister Varadkar said.

Plans are being drawn up to prevent uncontrolled overflows into the River Tolka, which has previously caused flooding in Mulhuddart. Initial site investigation works are starting along a proposed sewer route under the Blanchardstown Regional Drainage Scheme.

If the site investigation is successful, there are plans to invest more than €30 million to develop 3.2km of pipeline, underground storage tanks to increase capacity in the network, and a new pumping station and a control building.

The works are designed to put an end to flooding in Mulhuddart, which has been caused by a lack of wastewater capacity in the area.