The role of Pensions Ombudsman is to investigate complaints of financial loss due to maladministration and disputes of fact or law in relation to occupational pension schemes and Personal Retirement Savings Accounts (PRSAs). The Pensions Ombudsman performs these functions independently and acts as an impartial adjudicator.

“I am pleased to announce the appointment of Ger Deering as Pensions Ombudsman and I look forward to working with him over his term in office. I want to thank Paul Kenny for the service he has provided to the pension scheme members he has dealt with over many years,” Minister Varadkar said.

“Pension reform is one of my priorities for the Department of Social Protection. Successful reform depends on the public and industry having confidence in the pensions sector, and the role of the Pensions Ombudsman is a key building block for public confidence.”

The merger legislation arises from recommendations made by a Steering Group established to conduct a Critical Review under the Public Service Reform Programme and which were approved by Government.

The merger will provide consumers with a one-stop shop for enquiries and complaints on pensions and financial products.

The Financial Services Ombudsman was appointed on condition that the role would eventually encompass both posts. 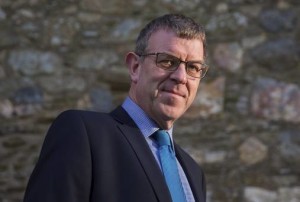