Carer’s Support Grant to be paid this week – Varadkar 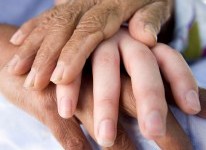 Minister urges carers to apply if not automatically eligible

Minister for Social Protection Leo Varadkar has confirmed that 86,000 carers are due to receive the Carer’s Support Grant later this week, Thursday June 2nd.

The grant is paid automatically to some carers but Minister Varadkar urged all carers who do not automatically qualify to apply for the grant, and said there is still time to make an application.

“The 2016 Carer’s Support Grant which will be paid this week has been fully restored to its previous level of €1,700. This is an important grant which is paid automatically to carers who are already in receipt of schemes like the Carer’s Allowance, Carer’s Benefit and Domiciliary Care Allowance,” Minister Varadkar said.

“Other full-time carers who are not eligible for these schemes can also apply for the Grant, and I would urge them to make an application. Carers who provide full-time care for more than one person may also be entitled to €1,700 for each person that they are caring for.

“Formerly known as the Respite Care Grant, the payment had been reduced by €325 during the economic crisis. However, I am very pleased that we have been able to restore it to its previous level of €1,700.”

The grant is an annual payment available to all carers providing full-time care and attention to an older person or a child or adult with a disability, regardless of their means or PRSI contributions. The estimated expenditure on the Carer’s Support Grant this year is €157.6 million.

The Minister said the Government is very aware of the vital service provided by carers. The Department of Social Protection provides funding to support training for carers and in the last two years, over €900,000 has been provided to 16 groups, including €300,000 to Family Carers Ireland.

“This year the Department is making €500,000 available again, through the Dormant Accounts Fund, for programmes to help home carers with the transition at the end of their caring role. These programmes will be administered by Pobal. The Department is currently finalising the guidelines and Pobal will be assisting in the application and assessment process,” Minister Varadkar said.

The annual Carer’s Support Grant is paid in respect of each care recipient to take account of the additional cost of providing respite care for one or more recipients of care. Some 7,000 carers are currently taking care of two or more people. Budget 2016 provided for the grant to be restored to its earlier rate of €1,700 at a cost of €30 million.

Budget 2016 also provided for the Carer’s Allowance to be paid for 12 weeks from January 2016, after the death of the person being cared for (previously this payment was paid for six weeks).

Total expenditure on Carer’s Allowance, Carer’s Benefit, Domiciliary Care Allowance and the Carer’s Support Grant /Respite Care Grant has increased from under €752 million in 2010 to just over €877 million in 2015. The estimated expenditure on these schemes for 2016 is in excess of €911 million.