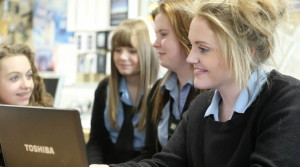 Dublin West TD and Minister for Health Leo Varadkar has said this is an important week for Luttrellstown Community College which has lodged its planning application for a major extension.

“This is a big step for the school which has formally applied to build a new sports hall, and community centre. I can confirm that the funds for this project are secure thanks to the ongoing commitment of this Fine Gael-led government.

“It’s a fantastic project to build eight general classrooms, eight specialist classrooms, two lecture rooms, and a new sports hall with changing rooms and a fitness suite. It means the school will be able to enrol a total of 1,000 pupils when completed.

“And in more good news for the community, the school is also planning to build a new community facility including a meeting room and youth facilities. The community will also have access to the school’s sports hall after hours.

“There has been an enormous investment in new schools, and extensions to existing schools, in the Dublin 15 and Dublin 7 areas in the last few years. Massive housing development occurred during the boom years but the last Government of Fianna Fail, the Greens & Independents left Dublin West behind when it came to new school buildings.

“St Mochta’s Clonsilla & the senior and junior schools at St Patrick’s Corduff will be totally rebuilt in state-of-the-art modern buildings with construction starting next year. Planning permission has already been secured.

“Construction will also start on permanent buildings for Pelletstown Educate Together National School in Ashtown. This school currently operates from temporary premises and was only established earlier this year.

“Future provision is also being made for an additional new secondary school for the Castleknock/Carpenterstown area for 1,000 students, and a second primary school for the Pelletstown/Ashtown area. While the demand for these new schools is only emerging, it’s important to plan ahead and allow sites to be identified and plans developed.

“We are only able to make this increased investment in our future because the economy is now recovering. We need a strong economy to produce the resources we need to invest in education, health and infrastructure. In the next five years, we can do this and more but only if we keep the economy strong and protect it from those who would undermine it.”