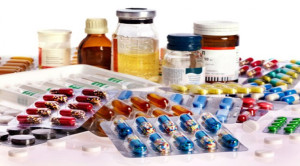 And Pharmacists given legal permission to administer more vaccines

The Minister has also expanded the range of vaccines which can be administered by pharmacists.

Both measures have been brought in through a Statutory Instrument.

Between 2007 and 2013, 16,722 people died in Ireland after suffering a heart attack from multiple causes, 359 died following an acute asthma attack, 17 from hypoglycaemia, and four from severe allergic shock.

Minister Varadkar said: “These are important new healthcare initiatives which have the potential to save lives. I am allowing organisations such as colleges, workplaces and sports venues to hold emergency ‘rescue’ medicines and arrange for staff to be trained in their use. Pharmacists will also be able to supply and administer these medicines to individuals in emergency circumstances.

“These new arrangements do not in any way change the existing ‘good Samaritan’ rule which allows any member of the public to assist a person in distress to administer a medicine which has been prescribed to them. Equally, these Regulations in no way diminish the responsibility or the importance of people continuing to carry the medicines that they need to manage their own health needs.

“I am also expanding the range of vaccines which can be administered by pharmacists. Since 2011 pharmacists have been able to offer the flu vaccine to patients. Under the new regulations pharmacists will now also be able to offer shingles and pneumococcal vaccines.”

Minister Varadkar has changed existing rules to make medicines, such as adrenaline auto-injectors (epipens), glucagon, salbutamol and naloxone, more available for use in emergencies for the purpose of saving life or reducing severe distress.

Organisations such as colleges, workplaces and sports venues will be allowed to hold these medicines and arrange for staff to be trained in their use. The Pre Hospital Emergency Care Council which accredits paramedics will be given the role of accrediting courses for lay people which will be available in coming months.

Additionally pharmacists will be able to supply and administer these medicines to individuals in emergency circumstances. The Pharmaceutical Society of Ireland is developing training standards and it is envisaged that they will be able to commission and accredit courses in the coming months.

More vaccines available from Pharmacists
The new regulations will allow pharmacists to supply and administer the shingles and pneumococcal vaccines. Two thirds of shingles cases occur in individuals over 50 years of age. Pneumococcal infection is the most common cause of pneumonia.

International evidence shows that the provision of vaccines through pharmacies increases uptake. It is expected that the new vaccines will be available from early next year. Currently, these vaccines are only available from a GP or hospital.

Fatalities from given conditions between 2007 to 2013

Asthma:
It is estimated that 470,000 people have asthma. CSO figures show that a total of 359 people have died in Ireland during this period after suffering an acute asthma attack.

Opioid overdose
CSO figures show that a total of 987 people have died in Ireland during this period from narcotic overdose.

Anaphylaxis:
CSO figures show that a total of 4 people died in Ireland from anaphylaxis during this period. (Data from the CSO for 2013 is provisional. Data for 2014 is not yet available).

Hypoglycaemia:
CSO figures show that a total of 17 people died in Ireland during this period after suffering a hypoglycaemic episode.