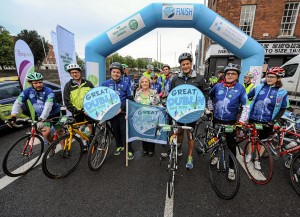 Minister for Health, Leo Varadkar was on hand in Smithfield, to officially start the inaugural Great Dublin Bike Ride. The first cycling event of its kind to happen in Dublin was an outstanding success with over 3,000 cyclists taking part including Minister for Transport, Tourism and Sport Paschal Donohoe, the Lord Mayor of Dublin, and the British Ambassador, Dominic Chilcott. Over 28 nationalities from around the world and 30 counties in Ireland were represented on the day with participants ranging from 17 -73 years old.

The Great Dublin Bike Ride was an initiative by the Irish Sports Council, who worked in conjunction with Cycling Ireland and Dublin City Council as well as the Department of Transport, Tourism and Sport, Healthy Ireland, Fingal County Council and Meath County Council to make it happen.

From 8am onwards Dublin city came to a standstill as thousands of cyclists left Smithfield Square and poured onto Aaron Quay to tackle the two scenic routes (60km and 100km) specifically designed for the event. Along the route, cyclists took in the views of well-known landmarks such as Bull Island Bridge, Malahide Harbour, Portmarnock Coast, National Sports Council and Dublin Airport. 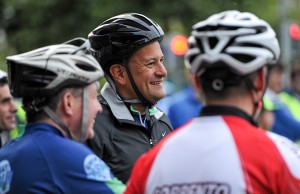 The Great Dublin Bike Ride is based on the successful sportif model used internationally, promoting cycling and mass participation. The Great Dublin Bike Ride worked hard with the Gardaí, Luas, Dublin Bus, Civil Defence and key city and county councils to ensure the success of the event.
The Great Dublin Bike Ride provides a cross departmental, cross government approach to mass participation and physical activity. Minister for Health, Leo Varadkar, TD said:  “I firmly believe that we need to improve our health as individuals and as a nation. Greater physical activity helps people to lose weight, stay fit, and improves mental health as well. I am delighted that Health is working with Sport on this exciting new initiative to promote cycling.”

Chairman of the Irish Sports Council, Kieran Mulvey commented: “Cycling continues to dominate adult sporting participation and this is reflected in The Great Dublin Bike Ride. This high profile event has proved to be extremely popular and I have no doubt it will be a tremendous success again next year” 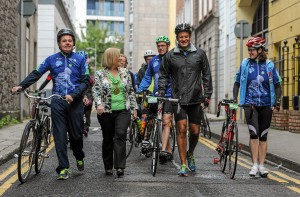 Chief Executive of the Irish Sports Council, John Treacy, said: “We are extremely proud today to have broug