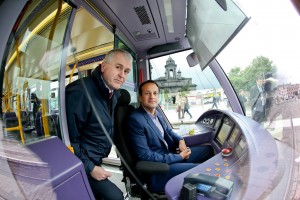 To show the public “What the Harm Is” the name associated with today’s awareness campaign, Luas has made CCTV footage available to view on- line.

Luas is particularly concerned that the figures are on the increase. The trams are very much a part of Dublin’s transport infrastructure and this type of motorist behaviour is a worrying trend. “What’s the Harm” is an advertising campaign aimed at educating motorists that breaking lights and colliding with Luas may result in serious injury or kill someone.

You may be prosecuted by the Gardaí and lastly you affect the lives of thousands of commuters by putting an unnecessary and unwelcome delay on their journey.

While the majority of motorists drive safely and adhere to the law it is the minority who gamble when the lights turn Red or go through on the Red that we must target to protect the lives of commuters and pedestrians going about their day to day business.

Minister for Transport, Tourism & Sport Leo Varadkar said: “Breaking a red light is one of the most dangerous things any motorist can do, and driving through a red light at a Luas junction is both irresponsible and stupid. There have been 13 incidents between motorists and trams this year, and one loss of life. This new awareness campaign aims to prevent further incidents. Under a new pilot scheme starting later this year, Gardaí will be able to initiate prosecutions using CCTV footage of motorists who break red lights.” 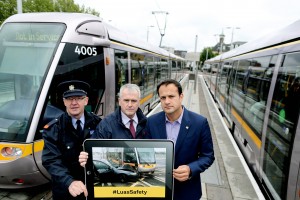 Brian Brennan – Managing Director of Transdev said “Luas is a very safe system to travel on. Over 30.4m passenger journeys were made last year on the service and the trams covered over 4 million kilometres. Whilst it is important to assure customers how safe the system is to travel on we must now at the start of summer target gambling motorists. We must reduce the number of emergency brakes the trams are forced to make because of reckless motorist behaviour, we must reverse this trend so that we do not face a summer of further pain and suffering.”

Rory O’Connor, Acting CEO of the Railway Procurement Agency welcomed this campaign and all the related efforts of the various agencies involved. “While Luas remains an extremely safe system, 2013 saw a significant increase in the number of road traffic collisions, with the main contributing factor being motorists breaking red lights. RPA regards safety as its highest priority, and this campaign is aimed at those road users who are recklessly putting their own lives in danger.”
In addition to the awareness campaign other steps are being taken to change motorist behaviour.

An Garda Síochána has undertaken targeted patrols of Blackhall Place, Queen St and Belgard Rd (in South Dublin) in an effort to reduce this illegal and very dangerous driver behaviour.

In order to drive the message home to motorists about the potential consequences of breaking Red lights and the impact with the tram Transdev and Railway Procurement Agency have released CCTV footage which can be viewed on Luas Social Media pages; 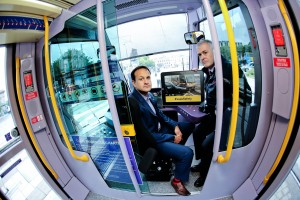 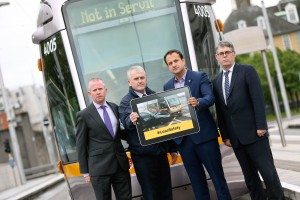 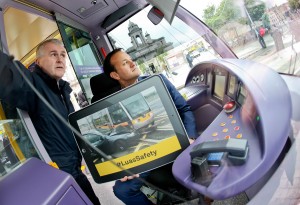